Posted by Momoko Saunders on November 7, 2019 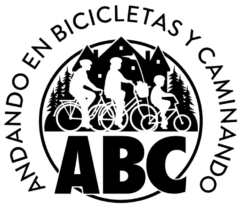 On Wednesday, November 13th, we plan to testify at City Hall about proposed changes to Portland’s bike parking code. We would love to see you there, also testifying, or just showing up in support!

This is the first full revision of the city requirements since 1996. At that time, the citywide percentage of commutes by bike was 1.2%. Now it is 7%, and if we want it to keep growing (to meet our climate and sustainability goals) we need to invest not only in bike lanes/routes but also in safe and inviting bike parking at people’s homes and destinations.

When we did a community needs assessment around barriers to bicycling for people of color and folks living on low incomes back in 2010, the most common response among all participants was they didn’t have safe storage of their bicycles. People were tucking bikes awkwardly inside small apartments, or else losing them to theft and rust when stored outside.

Among the participants were a group of Cully residents who had been through the Lideres Verdes leadership training program at Verde. They decided to organize around this and other bicycling issues and they called their group Andando en Bicicletas en Cully (now Andando en Bicicletas y Caminando to include walking issues and build power with other groups outside their neighborhood). We, the Community Cycling Center, stepped up to back them with staff and material support so they could focus on their goals.

ABC immediately launched a campaign to fight for bicycle parking in their own apartment complexes. After several years of advocacy and conversations, ABC members were able to get new lockers installed. Subsequently, they have given voice to the importance of safe and secure bike parking for all people, especially those living in affordable rentals. Now, they are speaking up as the City considers these code changes, including testifying at the Planning and Sustainability Commission in February.

The most contentious issue about the code change has been the requirements for bike parking in multi-family housing. The current proposal requires 1.5 bike parking spaces per unit. It allows 50% of that minimum to be “in unit” in “affordable” and “market rate” housing, but requires the “in unit” parking to be in a closet or alcove within 15 feet of the door (not a rack on the living room wall or over the bed, both of which were allowed and happened under prior code). Developments with fewer than 5 units are exempt, and sites with 12 or fewer units can allow 100% of the bike parking to be in-unit.

Please help ABC get this passed! City Council needs to hear your support (or preferably your arguments that it should be better, but definitely not worse.) To submit testimony online in advance, click here. To testify in person, or just come support, show up at City Hall (1221 SW 4th Ave.) before 2 pm on Wednesday, November 13th. For more information, see BikePortland coverage from January and PBOT’s page about the code revision.