On two wheels – new opportunities for a young adult to explore 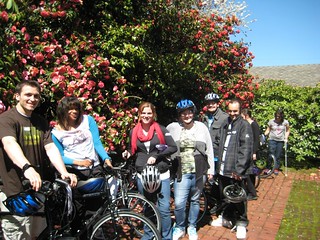 On April 21, 2012, the Community Cycling Center engaged a group of young adults at Open Meadow in a Create a Commuter  workshop. We followed up with one of those participants nearly two months and many sunny days later to learn how the gift of a bicycle and some cycling savvy made a difference in his life.

The Create a Commuter program began in 2001 and has, to date, provided over 1500 low-income adults with free bicycles and safety education. Each year, the Community Cycling Center matches up to 168 adults in workforce development or employment programs with bicycles built for commuting.

Open Meadow provides young adults with a supportive environment to reengage academic study and pursue career opportunities. All students come to Open Meadow willingly and are encouraged to connect to academic, personal, and community success.

Brian Carter, a student at Open Meadow, participated in the April 21st Create a Commuter workshop. Brian travels eight miles one way to his internship at a dog daycare downtown. An animal lover, Brian is aiming to become a certified dog trainer.

Before the Create a Commuter workshop, Brian never gave much thought to route planning, and without fenders or a helmet, he was discouraged by inclement weather. 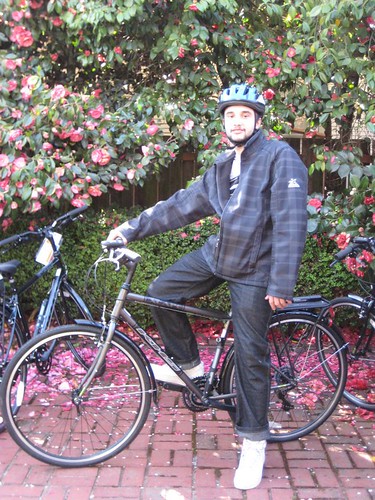 At the workshop, Brian learned that a block or two from many main streets are great “back streets” where people ride. These cycling streets have far less traffic than on the streets he had been riding. The comfort and accessibility offered by these quiet routes encouraged him to see biking as something he could do regularly. “I can keep in shape if I put my mind to it.”

Brian is also excited that his new bicycle allows him to explore the wetlands. “I see lots of different wildlife down there like blue herons, garter snakes, salamanders, and bullfrogs.” Now that he has a helmet, he wears it on long rides, like to natural areas, where riding his bike offers “a way to get out” and explore the world. “I have great rides with my younger siblings, and have taken rides to Smith and Bybee Lakes, as well as trips to the hills across the St. Johns Bridge.”

Brian’s new KHS bike is equipped with fenders, baskets, and lights. He also received a u-lock and helmet. After sharing his excitement about where he goes on his new bike and what he sees, he mentioned how excited he was about the quality of the bike he received.

If you are interested in volunteering for a future Create a Commuter workshop, click here to get involved. More photos from the April 21st workshop are available here.