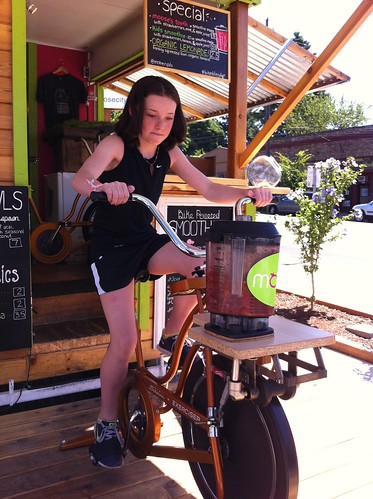 Hey fellow Bike Campers! My name is Claire Lyons. I’m 12 years old, going into the 7th grade and just recently attended the Food Cart Freewheelers camp. I signed up because I love to eat good food and find out about fun food options in the local area. This camp was partially my idea! A food cart park had recently opened in my neighborhood and I was very excited about it and thought “Wouldn’t it be fun to eat food and have an awesome time biking around the City?”

In this Bike Camp you don’t learn as many mechanics as some other Community Cycling Center camps but you do get to see lots of different areas of Portland that otherwise you generally don’t see during Bike Camp. My favorite ride was to some food carts downtown because there were so many different options and things to eat and check out. It was almost overwhelming!

One of the great things about all camps at the Community Cycling Center are the friendships you make every year. Some people in my camp I knew briefly and got to know much better and some people were some of my closest friends but either way, I got to share a great week with tons of great people!

In complete honesty this camp was my favorite Community Cycling Center bike camp I’ve ever attended! I think that it was really fun and awesome for me because instead of just having fun biking around Portland (which is pretty awesome) you also get to have a focus and one specific thing to look forward to…yummy food! 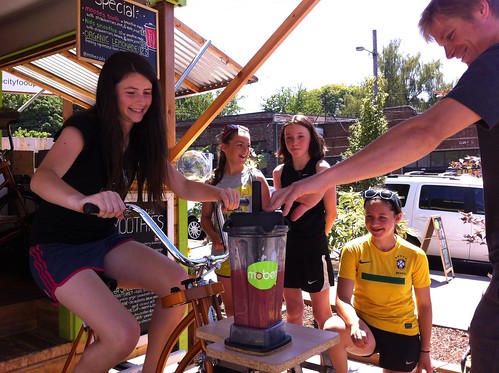 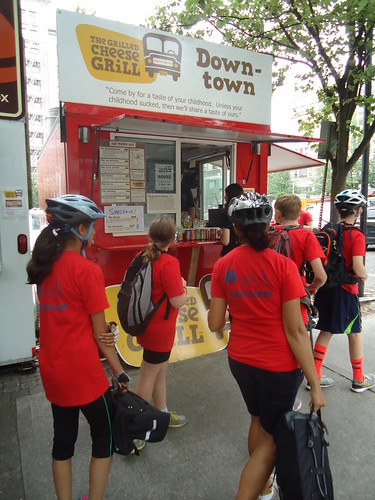