In memory of Jim O’Horo 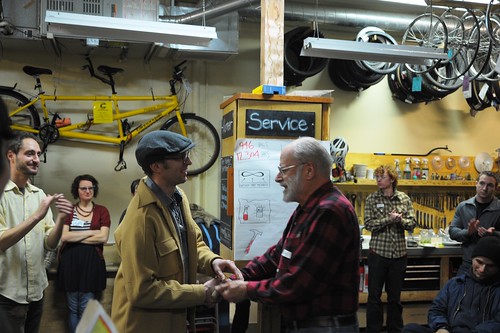 For those who don’t know, Jim O’Horo holds the title of longest running volunteer with Community Cycling Center in its entire history. Having started his stint with us in 1996 on a suggestion from a former Bicycle Transportation Alliance staffer, his presence was frequent and widespread. Most of his energy, however, was spent supporting the various programs that brought bikes to the youth of Portland: Ride to School and Back, Bike Safety Club, Holiday Bike Drive and eventually Guest Mechanic for Bike Clubs.

When I was a new staff member at the Community Cycling Center in 2009, I heard of Jim well before I met him.

Here’s some quick personal memories of Jim being a total legend:

In my 6 years of service with Community Cycling Center, I’m grateful to have gotten to work along side Jim O’Horo and appreciate his strong willed, unabashed approach to most things in life and the bike shop. Over the last year and a half when we spoke on the phone, as he was too sick to come into the shop, he’d often tell me about the old days of the Community Cycling Center and how important it is for all of us to support the youngest of riders. In his words, “If bikes are to be anything in this adult world, it’s got to start with the kids.”

Having battled cancer for many years, Jim passed away on Christmas Day last month. He’ll be missed. 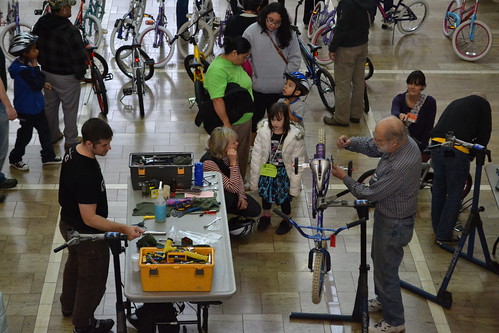