It’s the first week of Bike Camp! Here’s what the kids have to say… 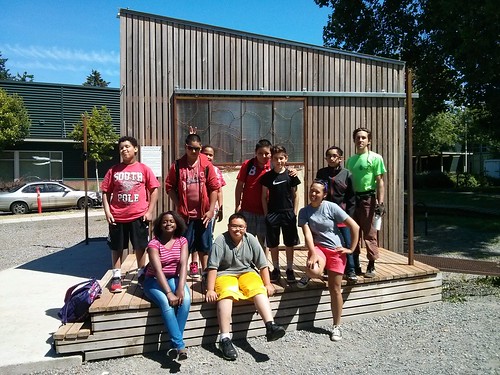 It’s the first week of Bike Camp, that time of year where kids of all ages take over the streets of Portland, armed with popsicles, wrenches, new friends, and adventures. We sat down with fellow Bike Campers at New Columbia–many of which are graduates of our Bike Club program–to ask about what they learned so far this week. Here’s their responses:

Alex
“The coolest part about Bike Camp is being able to ride our bikes all day. I like Bike Camp because we got to go to Pier Park. We can use the stuff from Bike Camp after so we can be more prepared for what comes.”

Elian
“I like Bike Camp.  We go to parks . I will teach my brother how to read maps.”

Alonzo
“I like to ride bikes. Angela and Jimmy (the instructors) are cool. And I hope to see them at the Hub.”

Jorge
“The coolest part of Bike Camp is that I get to go to new places that you haven’t gone to. In Bike Camp, we went to Pier Park and to North Gate Park and did the game of when you get to take the wheel off the park and put it back.”

Alonna
“We get to go to parks. I learn new things. I can teach other people the stuff I learn.”

Miguel H.
“I think camp is good because we can be outdoors instead of playing video games. I like going from park to park.” 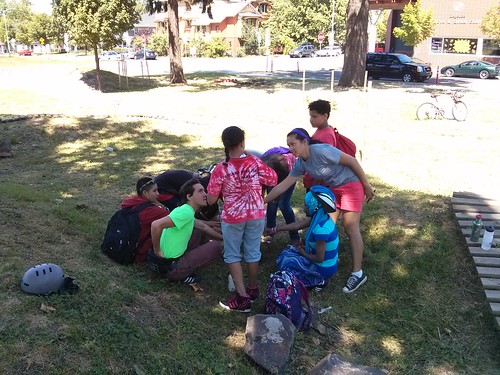